Anniversaries are special, but there's something about your very first getaway as a married couple that's extra memorable. That's why we've created this guide, and it's packed with ideas and inspiration to make anniversary no.1 a big hit. Let's get started... 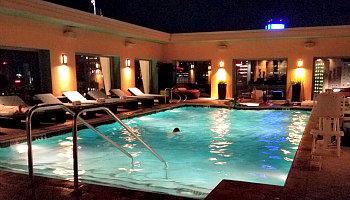 Rooftop Pool at the Hotel Contessa 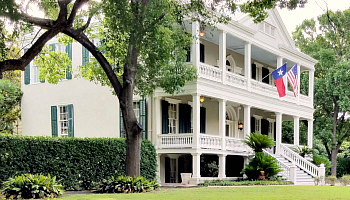 Romantic Activity in San Antonio: As you enjoy a nighttime stroll on the famous River Walk, stop for a while at Selena’s Bridge and watch as the barges float by below. There’s a sad but romantic story behind this bridge, which you can read about on a plaque located there. In December, it’s covered with twinkling lights and makes a great backdrop for your first anniversary photo.

Why San Antonio for Your First Anniversary Vacation: The Riverwalk and its extensions - Interesting history and the five Spanish Colonial Missions (including the Alamo) have received UESCO world heritage recognition - Diverse culinary scene; not just Tex-Mex food - Room rates are cheaper than other Texas destinations.

Best Time of Year to Visit: If you're anniversary falls between November and April, that's great, because the weather is comfortable and prices are lower. There are also some fun festivals during this time. Fiesta San Antonio is held in April.

Why Spend Your First Anniversary in Las Vegas:  The Strip! - Warm weather most months - Great shopping - Live shows - Fantastic hotel pools and spas - Excursions to the Grand Canyon and/or Red Rocks and the Hoover Dam.

Best Time for an Anniversary Vacation in Las Vegas: Shoulder season (March to May and September to November) has the most moderate weather. But there are good hotel deals to be found all year round. Pool season at most hotels and resorts runs from late March to October. 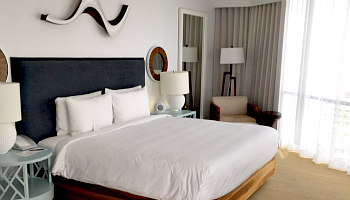 Imagine Waikiki For Your 1st Anniversary! 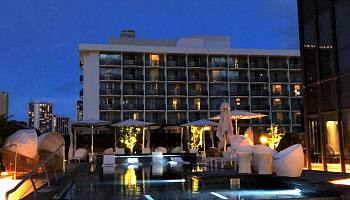 Romantic Experience in Hawaii: On the Big Island of Hawaii, book a tour to go snorkeling or diving at night with the manta rays. Bright lights on the raft attract plankton, and the manta rays come around to eat. Various tour companies and locations are available for this unforgettable experience.

Best Time of Year for an Anniversary Vacation in Hawaii: April, May, September and October are the least expensive times with peak season in December and January. The weather varies little from month to month, and flowers bloom all year. Lowest rainfall averages are generally in June. 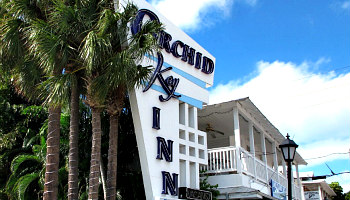 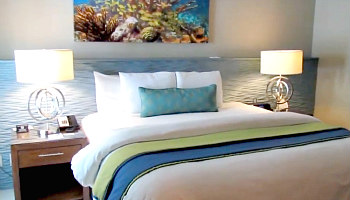 Room at the Coconut Palm Inn

Why Florida is a Great Place for a 1st Anniversary Getaway: It’s not called “The Sunshine State” for nothing! - You’re always close to a beach - Fantastic Art Deco of Miami's South Beach - World-Famous theme parks.

Best Time of Year to Visit Florida: September and October tend to be the best times to visit the Gulf Coast area. Kids are in school and the weather is still warm, but winter crowds have not yet started. Ideal weather generally falls between mid-April and mid-October. Avoid Spring Break in March.

Romantic Spot in Florida: In Clearwater Beach, the main attraction is still the beach itself. Clearwater is clean, not as busy as other Florida beaches, and the sand is like icing sugar! Get there early and splurge on a cabana for the day. Walk through the small shops that line the beach and stay for the spectacular sunset.

Interested in a plant-based anniversary vacation? We've got some recommendations just for you on our new-for-2019 guide to Vacation & Hotel Getaways for Vegans. Locations all over the U.S are featured, and something for almost any budget as well. 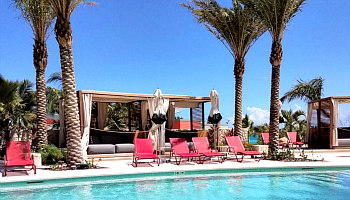 Spend Your Anniversary Poolside in the Caymans 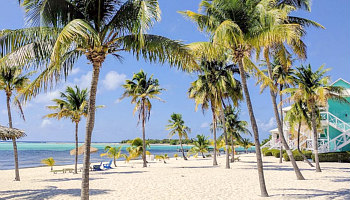 Romantic Activity in Grand Cayman: Take a night time bioluminescent kayak tour and experience one of the most amazing natural phenomena in the world. Watch as the organisms that live in the bay light up the water and cause a romantic blue glow.

Why Choose Grand Cayman for your 1st Anniversary: Fascinating mix of cultures -“Caymankind”: a spirit of warmth, acceptance and affection - One of the safest Caribbean destinations -The food! (think rum cakes)

Best Months to Take an Anniversary Trip to Grand Cayman: May through October are the warmest months, although hurricane season lasts from early June to the end of November. For great weather and fewer tourists, April might be the best month. 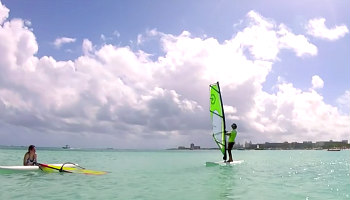 Aruba is a Great Spot to Have Fun in the Water 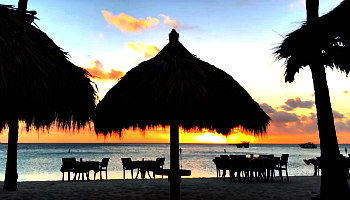 Romantic Cruise in Aruba: Consider the Private Romantic Dinner Sail or Sunset Sail onboard the Morningstar Charter sailboat. Arrange for a few little extras such as limousine pickup, champagne or an anniversary cake.

Why Aruba is a Great Anniversary Destination: Aruba has the most sunny days of all the Caribbean islands. It stays around 80 degrees all year long and the trade winds keep a gentle breeze going. It also lies just south of the hurricane belt - Pristine beaches and warm ocean water make for great snorkelling - You can drink the water right from the tap - Convenience: Many major airlines offer direct flights from North American cities and US currency is welcomed.

Best Times to Enjoy Your Anniversary in Aruba: Prices are lower and crowds are smaller between April and August. The best time to swim in the ocean is October, when average water temperature is 85 degrees!

Why it’s a Great Place for a Relaxing First Anniversary Vacation: Laid-back atmosphere and relaxing way of life. Generally quiet at night - It’s quieter and crowds are smaller than Playa del Carman, but there is still easy and frequent access to it just across the channel. You can also do a day trip to experience Mayan ruins. - Great food and restaurants that go well beyond tacos and salsa.

Best Time for an Anniversary Celebration in Cozumel: The warmest weather is between March and June, when daytime temperatures are around 90 degrees. Temperatures in winter months range between upper 60's and low 80's. Winter-time is peak season and prices are higher. May offers warm weather without a lot of kids, since American schools are still in session.

Romantic Anniversary Package in Cozumel: Mr. Sancho's is a private beach club in Cozumel. It offers a Romantic Day Beach Pass for Two that is perfect for an anniversary celebration. The all-inclusive package allows for all food and drink, cabana reservation, and couple’s massage. Be as active or relaxed as you desire, as you decide between various activities available. 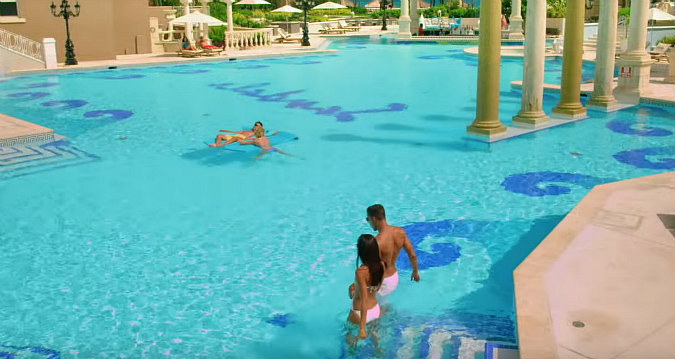 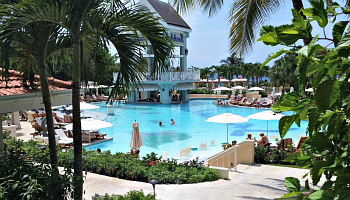 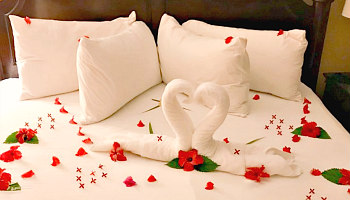 When to Plan Your Sandals Ocho Rios Anniversary Getaway: The peak hurricane season in this area falls between mid-August and mid-September.  The busiest and most expensive time to go is between mid-December through mid-April. March usually has the lowest rainfall of any month. Either early May or mid-November seem to be good compromises.

Romantic Activity: Learn how to SNUBA! Combining the best of scuba diving and snorkelling, a quick 15-minute lesson will get you in the water and appreciating colourful marine life at depths of 20 feet and up.

Best Time for a Romantic Los Cabos Vacation: In May and June, the crowds have mostly gone home and the summer storms have not yet hit. October and November are also good, but book early and expect it to be busier. Avoid Spring Break if possible. 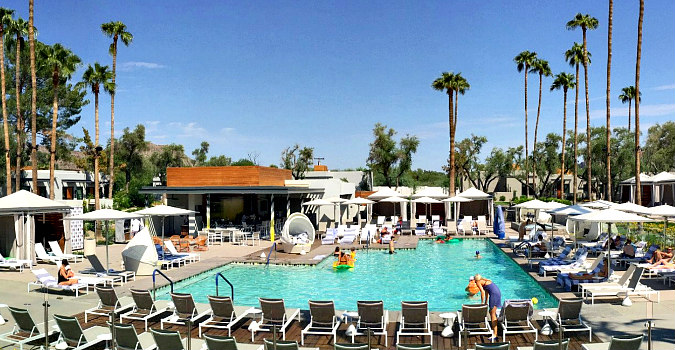 Best Months to Visit Phoenix, AZ: High season in Phoenix runs from October to mid-May. If you can handle the some baking-hot heat, there are great prices on resorts in the summer months. Visit at the beginning or very end of high season and book early for the best rates

Phoenix Romantic Thing To Do: Hot air balloon rides are available almost all year long, so it doesn’t matter when your anniversary falls. Book a sunset ride that includes snacks and champagne!

Best Time of Year for an Anniversary in San Diego: Crowds and prices drop around October and November. Winter months are usually warm (though not quite beach weather), and hotel prices are at their lowest. March and April are good months to visit.

Romantic Activity: Ride around the Coranado Cays in a Gondola! Private rides can be arranged along with a nice bottle of wine and chocolate-covered strawberries.

Why Iceland is a Great Place to Go on Your First Anniversary: - One of the best places in the world to see the Northern Lights - Unforgettable geothermic baths - Whale watching at its best - The Icelandic horse

Best Time of Year to Visit Iceland: The Northern Lights are most likely to be seen from September to mid-April. That’s because they are best seen in a full dark sky. Daylight lasts almost 24 hours from mid-May to late July. Mid-June through August is the busiest tourist season. 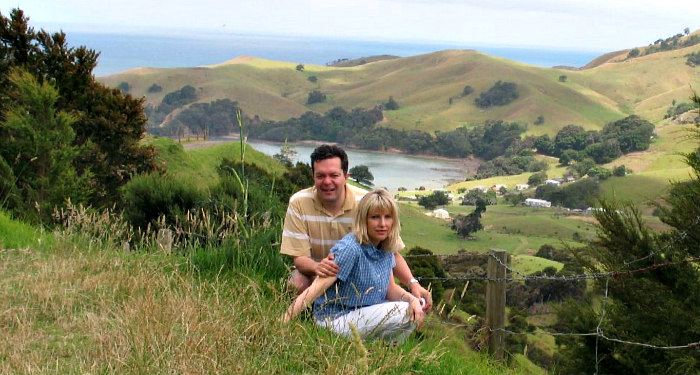 Why Visit New Zealand’s South Island: - Diverse and unspoiled scenery (glaciers, lakes, mountains and plains) -“Kiwis” are friendly and welcoming and there is great ethnic diversity among the people - tons of outdoor activities to choose from - Bird and plant species that don’t exist anywhere else in the world - Great wineries and vineyards - Sparse population means you can find quiet solitude.

Best Time of Year to Visit South Island of New Zealand: Keep in mind that the climate between North and South Islands can be quite different, and that New Zealand is in the Southern Hemisphere. Seasons are opposite to those in North America. Summer falls in December, January and February and is the most popular time for tourism. Fall (March, April and May) is less busy and still quite warm. Autumn can offer spectacular foliage colors!

Romantic Spot in New Zealand's South Island: Visit Larnach Castle in Dunedin. Wander the gardens and tour the building or (by prior arrangement) dine in the castle and stay a night on the grounds. Be sure to get photos from the turret, as the view of surrounding landscape amazing. 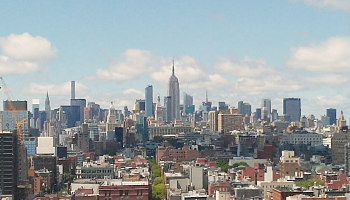 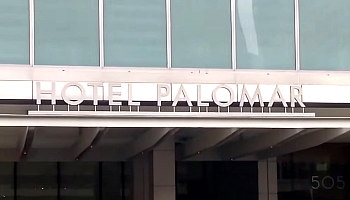 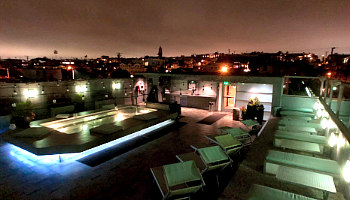 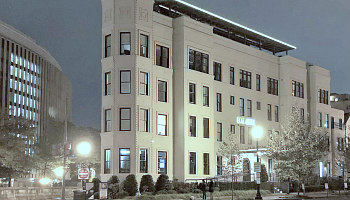 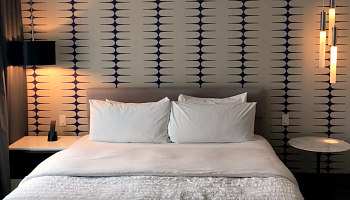 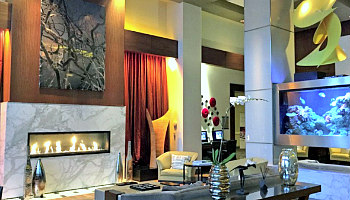 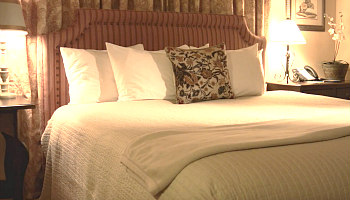 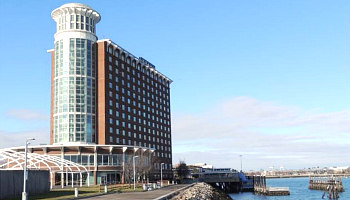 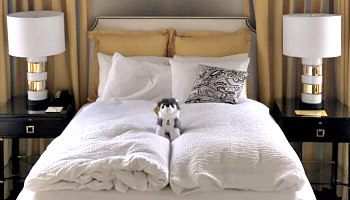 *ERV Rating: our unique, non-scientific ratings for romantic accommodation include:

√ COVID Safety Plan: identifies hotels and inns that clearly indicate they are taking measures to prevent the spread of COVID-19. 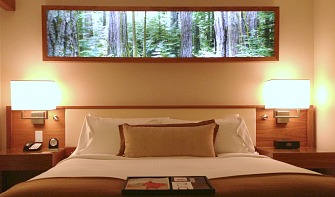 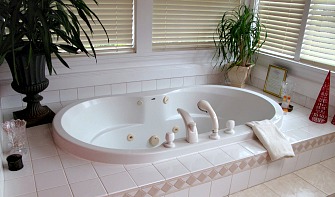 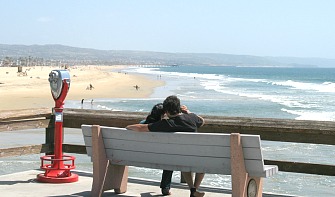 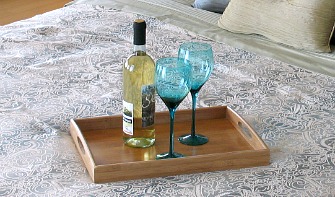